Sunday, February 2 - Amy Helm
A singer, instrumentalist, and songwriter with a rich pedigree, Amy Helm was a veteran performer with years of recording and touring experience under her belt before she first stepped forward as a solo artist in her forties. A lifelong musician and music lover, Helm's parents -- the Band's legendary drummer and singer Levon Helm and singer/songwriter Libby Titus -- guided her training and influences. As a founding member of the alt-country collective Ollabelle and a backing musician in her father's Midnight Ramble Band, her signature is an instantly recognizable, grainy, soulful alto that coaxes subtle shades of meaning from any song lyrics she chooses to sing and inhabits the spaces between them with a receptive yet authoritative presence.

Saturday, February 22 - Dana Wylie Band
​Dana Wylie is a singer of rare gift and a dedicated crafter of deeply felt and sharply observed songs. Praised for being as dexterous with words as she is with her guitar, piano and remarkably powerful voice, she writes with equal parts craft and passion; as Roger Levesque of the Edmonton Journal put it, "Wylie shows the intuitive grace, smart, lyrical economy, and the ability to find insights in everything or anything that you expect of a mature songwriter.”
Dana’s fifth record, The Earth That You’re Made Of, was released in October 2017 and earned her a Canadian Folk Music Award nomination for Contemporary Singer of the Year. After fifteen-odd years of eclectic and wandering musical adventures, she has crafted a group of songs rich with the grounded but revelatory wisdom of the pilgrim who has finally found her way home; journalist, broadcaster, and festival director Peter North described the album as “one of the finest contemporary roots recordings to have ever been produced in Alberta, period.”

Friday, March 13 - Montreal Guitar Trio
Described by the CBC as the "hottest" guitar ensemble in Canada, MG3 has quickly established itself as a force to be reckoned with, as well as an interactive force in various musical forms. For over 20 years, the trio's virtuosity, rigour, creativity and impressive stage presence have been winning over audiences around the world. The trio, composed of guitarists Sébastien Dufour, Glenn Lévesque and Marc Morin, has given hundreds of concerts in some of the most prestigious venues across North America, Europe, New Zealand and Australia, including the legendary Concertgebouw in Amsterdam and the BB King Blues Club in New York City. 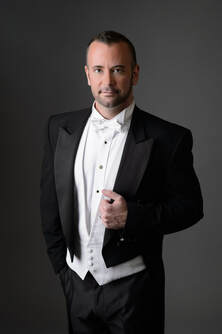 Sunday, April 19 - Terry Barber (CANCELLED)
With an extraordinarily broad vocal range and natural fluency in many musical styles, countertenor Terry Barber has been featured on some of the world’s most storied stages and has worked with many of the music industry’s most prestigious figures.
A voting member of the Grammy Awards, and on the advisory committee for Nelly’s X’treme Recording Institute, his voice has appeared on every major record label, with Grammy-winning artists like Chanticleer, Madonna, Jewel, Chaka Khan, Cyndi Lauper, Steve Smith, and many more.  Whether performing classical or popular favorites, he “breathes new life into everything he sings” and crafts what the Los Angeles Times calls “performances of great vitality and verve.”